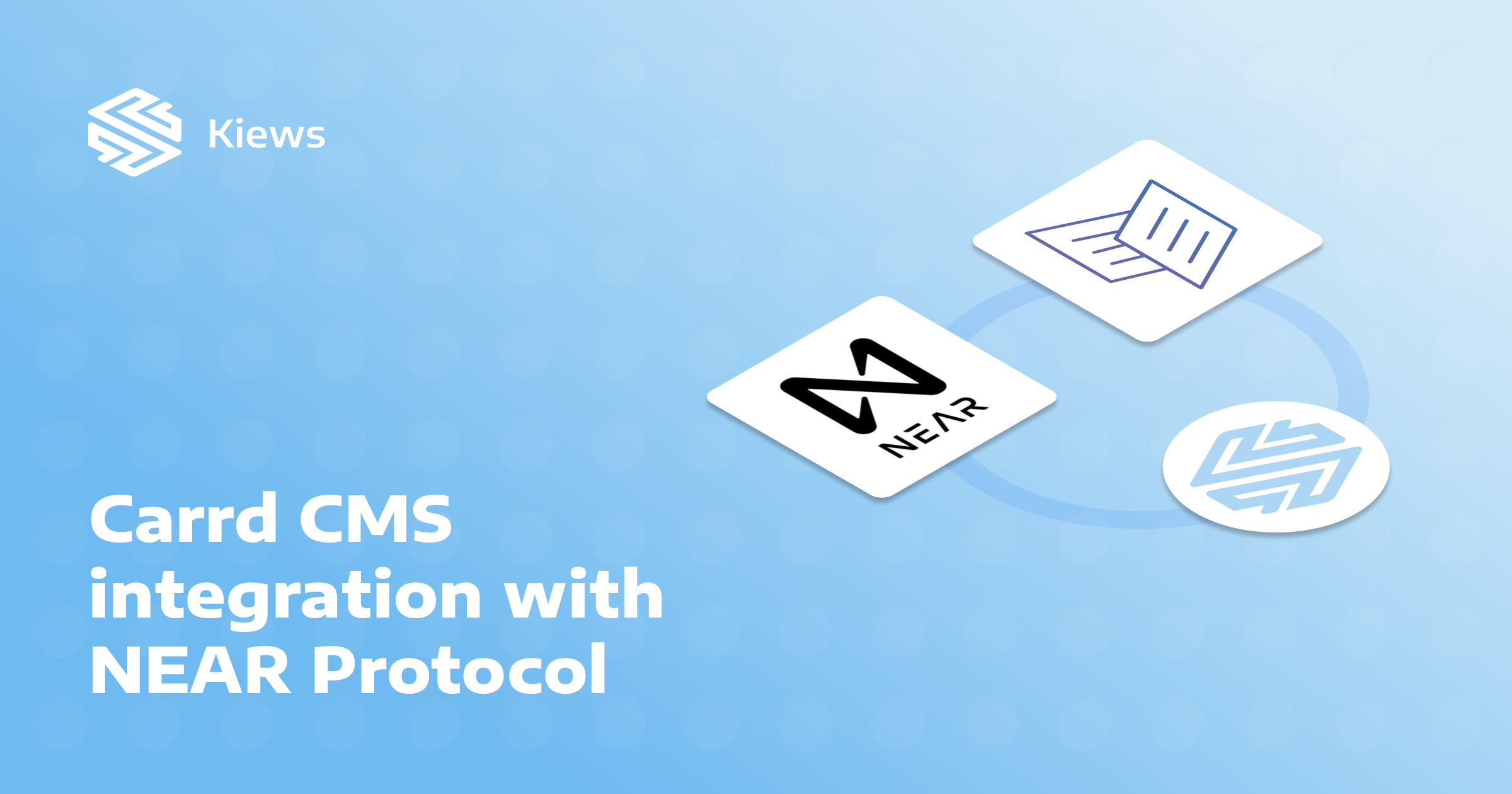 Carrd plugin for NEAR Protocol

We continue to introduce you to the integrations developed by our team for the popular and rapidly developing NEAR Protocol blockchain. In this article, you will learn about the integration of NEAR with the new no-code platform for creating simple one-page sites Carrd, as well as see a real example of using the plugin for your purposes.

What is the NEAR Protocol?

Near is a Proof-of-Stake blockchain that launched its mainnet in 2020. It is a decentralized development platform designed to provide an ideal environment for DApps (Decentralized Applications) by overcoming some of the limitations of competing systems (such as low bandwidth, low speed, and poor cross-compatibility).

A developer-friendly blockchain that includes a number of innovations to increase scalability and reduce costs for developers and end users. According to the creators, the application on Near can be launched in just 5 minutes.

Near is open source, anyone can start contributing to its development.

You can learn more about NEAR and its benefits here.

Why do we need plugins?

Today we live in a new era of the Internet called WEB3 - based on the blockchain, which includes concepts such as decentralization and a token-based economy. The Web3 market is already worth trillions and is expected to grow 10 times by 2030.

What does this mean for us?

Huge opportunities, very similar to those of the iPhone app age and the early days of Web2. Web3 needs developer skills right now. If you missed the mobile and Web2 revolution, this is your chance. These plugins will help you quickly and easily connect to the NEAR decentralized network and start creating your projects on the new WEB3 Internet.

Carrd for NEAR integration

Each integration platform is unique in its own way, and we strive to cover more no-code and low-code platforms in order to make HEAP accessible to everyone. Of course, we focus on the popularity of the platform among both developers and users, as well as their range of supported environments (like mobile) and other API integrations.

Carrd is a relatively new service that can fill your need for an easy-to-use tool to quickly create beautiful, simple websites.

In this integration, we went a little further than writing plugins and developed a whole user case in order to clearly show you exactly how the integration can be used in everyday life.

Near Donate Module for Carrd CMS is a charity fundraising project with a rating of philanthropists. It has some features: login with Near protocol, opportunity to donate a certain amount of NEAR. Users can also see the latest donation transactions and the top 5 philanthropists.

More about the module

If you have a project to fundraise, the Near Protocol is a very suitable platform for this task.

Near Protocol's ability to embed custom functions in the blockchain, Near Protocol, can not only easy transfer money between wallets but also, for example, make a rating of the best investors or philanthropists to stimulate competition between them, display the amount needed to fundraise in real-time, and much more!

We mentioned above that NEAR's goal is to make its platform accessible and widely used. Therefore, we focused on not complicating the code, but, on the contrary, simplifying it as much as possible and making it convenient for use in a variety of projects. Thus, implementing these functions with NEAR will not be challenging for you at all.

As part of the integration of NEAR - Carrd, we took as a basis one of the values ​​of the Kiews — charity and the desire to help those who need it. That is why the charity project “Let's help homeless pets”, with the next features, became an example of the using of the module:

Make charitable contributions. But instead of the base's "send" function of Near Protocol, we created a function - "addDonate", that can add to the transaction name of the philanthropist, date, and message with wishes.

Balance Display the amount of raised funds in real-time.

Display the number of philanthropists in real time.

Below you can watch the video tutorial, which shows in more detail the functions of the module and how to use them. We wish you a pleasant viewing!